Die casting (note that die casting is not an abbreviation for pressure casting) is a metal casting process characterized by the use of a mold cavity to apply high pressure to the molten metal. Molds are usually machined from higher strength alloys, some of which are similar to injection molding.

Sand casting is the use of sand to make molds. Sand casting requires placing a finished part model or a wooden model (pattern) in the sand, then filling the sand in the pattern weekend, and unpacking the pattern to form the mold. In order to remove the mold before casting the metal, the mold should be made into two or more sections; during the mold making process, holes and vent holes for casting metal into the mold must be left to synthesize the casting system. The casting mold is poured with the metal liquid for a suitable period of time until the metal solidifies. After the parts are removed, the mold is destroyed, so a new mold must be made for each casting.

Investment casting Also known as lost wax casting, including waxing, waxing, grouping, dipping, melting wax, casting molten metal and post-treatment. Lost wax casting is a wax mold in which a part is to be cast with wax, and then the wax mold is coated with mud, which is a mud mold. After the mud mold is dried, it is baked into a ceramic mold. Once calcined, the wax mold is completely melted and lost, leaving only the ceramic mold. In the general clay mold, the pouring port is left, and the molten metal is poured from the pouring port. After cooling, the required parts are prepared.

Forging is one of the two major components of forging (forging and stamping) by using a forging press to apply pressure to a metal blank to plastically deform it to obtain a forging with certain mechanical properties, a certain shape and size. Through forging can eliminate defects such as as-cast looseness caused by metal in the smelting process, optimize the microstructure, and at the same time, the mechanical properties of the forgings are generally better than those of the same materials due to the preservation of the complete metal flow lines. For important parts of the relevant machinery with high load and severe working conditions, forgings are often used except for the available rolled sheets, profiles or welded parts.

Rolling, also known as calendering, refers to the process of shaping a metal ingot through a pair of rollers. If the temperature is delayed and the temperature of the metal exceeds its recrystallization temperature, then this process is called "hot rolling", otherwise it is called "cold rolling". Calendering is the most common means of metal processing.

The essence of pressure casting is a method in which a liquid or semi-liquid metal is filled at a high speed under a high pressure to mold a die-cast type (die-casting mold) cavity, and is molded and solidified under pressure to obtain a casting.

Low-pressure casting A method of casting a liquid metal into a mold under the action of a low-pressure gas and solidifying it into a casting. Low-pressure casting was originally used mainly for the production of aluminum alloy castings, and further expanded its use in the future to produce copper castings, iron castings and steel castings with high melting points.

Centrifugal casting is a technique and method for injecting liquid metal into a mold that rotates at a high speed to fill the mold and form a casting under the action of centrifugal force. For castings used in centrifugal casting, depending on the shape, size and production volume of the casting, non-metallic (such as sand, shell or investment shell), metal or metal coatings or resin sands may be applied. Casting.

Lost foam casting combines the paraffin or foam model similar in shape and shape to the model cluster. After brushing the refractory paint and drying it, it is buried in the dry quartz sand to vibrate and cast under negative pressure to vaporize the model. The new casting method in which the liquid metal occupies the position of the model and solidifies and cools to form a casting. Lost foam casting is a new process with no margin and precise molding. The process does not require mold taking, no parting surface, no sand core, so the casting has no flash, burr and draft angle, and the core is reduced. Size error caused by combination.

Squeeze casting, also known as liquid die forging, is the direct injection of a molten metal or semi-solid alloy into an open mold, followed by closing the mold to create a filling flow, reaching the outer shape of the part, and then applying a high pressure to solidify. The metal (outer shell) is plastically deformed, the unsolidified metal is subjected to isostatic pressing, and high-pressure solidification occurs at the same time, and finally the method of obtaining the part or the blank is obtained by direct extrusion casting; and the indirect extrusion casting means that the molten metal or the half is molten. The solid alloy is injected into the closed mold cavity through a punch, and is subjected to a high pressure to crystallize and solidify under pressure, and finally a method of obtaining a part or a blank is obtained.

Drawing is a plastic working method in which an external force is applied to the leading end of the drawn metal to pull the metal blank from the die hole smaller than the blank section to obtain a corresponding shape and size of the article. Since drawing is carried out in a cold state, it is also called cold drawing or cold drawing. 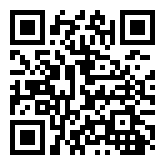