Technical requirements for mirror rolling technology for workpieces before rolling

We say that the mirror rolling technology is applied in the processing industry of mechanical parts, that is, when all the metal parts are processed into the parts we need, they can be applied because the defects or ability of technical processing cannot meet the design requirements. The rolling knife rolling head is only a specific expression of the method implemented by the mirror rolling technology. Rolling head, polished rod rolling machine, CNC tempering machine, rolling knives, hobbing head, scraping and rolling knives - industry standard setting unit Ningbo Gaoxin District Mirror Ph.D. technology is a kind of chipless (non-removed material) Machining, no iron filings are produced throughout the machining process. The machining applies pressure to the surface of the workpiece by rolling the tool. The plastic deformation of the metal is used at normal temperature to flatten the microscopic unevenness of the surface of the workpiece to achieve the purpose of changing the surface structure, mechanical properties, shape and size.

In the machining of mechanical parts, turning, milling, drilling, etc. are the basic means of machining, generally only reach the roughness of Ra1.6-3.2, to reach 1.0 or more, only grinding (honing, squeezing Grinding is also a kind of grinding), electric corrosion processing can also be done, but the equipment investment is large, and the technical requirements of personnel are high!

The dimensional accuracy of the parts processed by rolling is high and can be accurate to 0.003MM. It can be realized without CNC machine tools, and is completely guaranteed by the rolling knife rolling head! And the size can be adjusted! Mirror rolling is the best investment for small mechanical processing companies, and the best way to improve technical competitiveness! The rolling process is easy to master, and can be processed by ordinary drilling machines. Ordinary operators can machine mirror precision and micron precision workpieces! The overall cost of tool use is low, which is 10-100 times lower than the cost of grinding machine, honing machine and ultrasonic rolling.

Whether the surface of the blank before the workpiece is rolled has a obvious effect on the rolling effect. If there are bubbles, non-metallic impurities or different material properties and impurities. Then the workpiece rolled out will cause cracks, delamination and the like. For example, cast iron materials are prone to generate pores, pits, uneven materials, etc., and the processing is prone to dust, which will have a greater impact on the life of rolling tools. 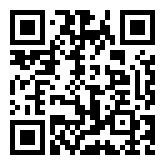