Why does the engine smoke?

The reason for the emission of blue smoke is that excessive combustion of the engine oil is caused by combustion. The causes and elimination methods of this phenomenon are as follows:

(1) The oil pan is over-oiled and the oil is too much. It will splash into the cylinder wall with the high-speed crankshaft and break into the combustion chamber. The elimination method is to stop the machine for about 10 minutes, check the oil scale, and remove excess oil.

(2) The cylinder liner and piston ring assembly are seriously worn and the clearance is too large. As a result, a large amount of oil can be injected into the combustion chamber for combustion, accompanied by an increase in crankcase exhaust gas. The method of disposal is to replace worn parts in time.

3) The piston ring is disabled. If the piston ring is insufficient in elasticity, the carbon deposit is stuck in the ring groove, or the ring mouth is on the same straight line, or the oil ring is blocked by the oil return hole, which will cause the oil to enter the combustion chamber to burn and emit blue smoke. The method of disposal is to remove the piston ring, remove the carbon deposits, rearrange the buckles, and replace the components if necessary.

(4) The clearance between the valve and the conduit is too large. During the intake, the engine oil in the rocker arm enters the combustion chamber and burns. The method of treatment is to replace worn valves and conduits in a timely manner.

(5) The reason for the emission of blue smoke is that if the oil is too thin, the oil pressure is too high, and the engine is not running well, it will cause the oil to burn and emit blue smoke.

Second, the emission of black smoke:

(1) Insufficient intake or blockage of the intake pipe. In order to find out the reason, the following checks should be made: whether the air filter is blocked;

Whether the intake pipe leaks; whether the turbocharger is damaged.

(3) The supply of each cylinder of the high pressure oil pump is uneven or too large. Lead to unstable speed, intermittent black smoke, should be adjusted to make it balanced or within the specified range.

(5) If the injector is not working properly or is damaged, it should be removed for inspection.

(6) The cylinder liner and piston ring assembly are seriously worn. When this happens, the piston ring is not tightly sealed, the air pressure in the cylinder is lowered, and the diesel engine cannot be fully burned to emit black smoke, and the engine power is drastically lowered. When the load is severe, the engine will automatically turn off. Wear parts should be replaced.

Third, the emission of yellow smoke:

In the initial stage of the start-up operation, yellow smoke is emitted at the medium-speed stage, and the phenomenon of yellow smoke emission gradually decreases or disappears after the temperature rises or the load increases. The performance is that the speed is easy to turn off, the body is shaken, and the intake pipe is "smothered", the exhaust pipe is fired, the power is insufficient, and the starting is difficult. The reasons and troubleshooting methods for this phenomenon are as follows:

The treatment method is: grinding the valve, removing the carbon deposit, and replacing the worn parts.

(2) The clearance between the camshaft journal and the seat hole is too large or the phase of the valve is out of alignment. Most of the valves are ablated, and the cylinder liner and the piston ring are worn too much. The solution is to adjust the gap and replace the worn parts.

Share：
Previous Is tapping with problem?
Next What is CNC technology and CNC machine tool?
Back to list 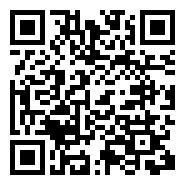