Recently, German component giant Bosch issued a rare pessimistic remark that the auto market will fall into a "stagnation" in the next three years.

On July 28th, Bosch Chief Financial Officer Stephen predicted in an interview with German media Boersen-Zeitung that global auto production will drop by 5% this year and that it will be difficult to change in the next three years. Based on this situation, Bosch has had difficulty reaching the pre-tax profit margin of 7% last year.

Since 2018, the global automotive market has begun to feel downward pressure. Even after entering 2019, this situation has not improved. According to statistics from the US consulting firm IHS, in the first quarter of this year, global auto production and sales fell by about 7%, and sales of China, the United States and Europe in the world's three major auto markets fell.

By 2019, the situation has not improved, but it has become more serious. According to the statistics of China Association of Automobile Manufacturers, from January to May 2019, automobile production and sales reached 10.23 million and 10.25.59 million, a year-on-year decrease of 13.01% and 12.95%.

The market that fell with the Japanese TV drama has made the car manufacturers' life difficult, and it seems that the giants who supply parts for the car are also unable to escape bad luck.

Earlier this year, German bearing manufacturer Schaeffler announced plans to lay off 900 people because its auto sector has slowed down since the second half of last year and has been hit by electrification because electric vehicles generally do not use bearings.

The German component supplier Continental Group's revenue in the first quarter of this year fell 20.7%, and net income fell 19.2%. The company said that the decline in revenue was due to the continuous decline in vehicle production in China and Europe and the United States.

From January to June this year, French tire manufacturer Michelin's profit fell by about 8% to 840 million euros. Michelin CEO Florent Menegaux believes that the tire market in the first half of the year was in a “violent turmoil” due to the decline in the supporting market, and sales of passenger car tires and pickup truck tires fell by 2% year-on-year.

In China, the days of listed companies in the parts industry are also not good.

The data shows that as of July 24, a total of 56 listed auto parts companies in the Shanghai and Shenzhen stock markets announced the 2019 semi-annual report. Among them, there are 15 net profit pre-history companies, accounting for 29.41%; for various reasons, there are 41 companies with performance reduction, slight reduction, increase in losses, and first loss.

According to industry experts, the net profit of listed companies with over 60% of auto parts has declined. As an upstream parts and components company, under the circumstance that the overall environment is not optimistic, it will carry a lot of pressure, and the low profit operation of the industry will become the norm. In the future, the days of component companies will be more difficult.

At present, a large number of auto and parts companies are making explorations in electrification, and hope to achieve new economic growth points. However, industry experts also said, "For the moment, electrification can not completely solve the problem of sluggish demand. 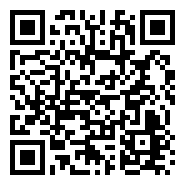