Twist drill is the most commonly used hole machining tool. The straight main cutting edge of the drill bit is long, the two main cutting edges are connected by the chisel edge, the chip pocket is spiral (for easy chip removal), and a part of the spiral groove forms the rake face. The rake face and the apex angle determine the size of the rake angle, so the front angle of the drill tip is not only closely related to the helix angle, but also affected by the blade inclination angle.

The chisel of the ordinary twist drill is a large negative rake cutting, which will cause severe crushing during drilling, not only to generate large axial resistance, but also to generate large torque. The axial force and torque are increased accordingly, which not only increases the equipment load, but also has a large impact on the machining geometry accuracy. The method of cutting the slots at both ends of the chisel edge is generally used to reduce the length of the chisel edge and reduce the squeezing, thereby reducing the axial force and torque. However, in actual machining, the problem of poor centering performance of the negative rake cutting and linear contact of the drill tip has not been fundamentally solved.

Diameter D=20mm twist drill, the core thickness is changed under other parameters unchanged. As the drill core diameter d increases, the stiffness Do increases and the deformation decreases. It can be seen that the increase of the core thickness significantly increases the axial force during the work of the twist drill, which directly affects the cutting performance of the tool, and the rigidity of the tool also has an influence on the geometric accuracy of the machining.

To this end, people have been continuously researching and improving the shape of the drill tip. 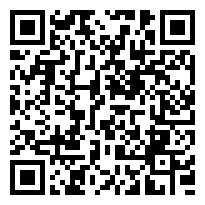