How does PLC control servo motor?

Speed control is generally implemented by a frequency converter. Speed control is performed by a servo motor. Generally, it is used for rapid acceleration/deceleration or speed precision control, because the servo motor can reach several thousand revolutions within a few millimeters relative to the inverter. Since the servos are closed loop, the speed is very stable. The torque control mainly controls the output torque of the servo motor, also because the response of the servo motor is fast. With the above two controls, the servo driver can be regarded as a frequency converter, which is generally controlled by analog.

The main application of servo motors is positioning control. Position control has two physical quantities to control, that is, speed and position. To be precise, it is to control where the servo motor arrives at what speed and stop accurately.

Therefore, the PLC controls the servo motor by controlling the transmitted pulse, and sends the pulse physically, that is, using the transistor output of the PLC is the most common method, generally the low-end PLC adopts this method. The high-end PLC transmits the number and frequency of pulses to the servo drive by means of communication. such as:

These two methods are only different channels of implementation, the essence is the same, and it is the same for us programming. This is what I want to tell you, to learn the principles, to bypass the class, not to learn.

For program writing, this difference is very large, the Japanese PLC is the instruction method, and the European PLC is in the form of function blocks. But the essence is the same. For example, to control the servo to take an absolute positioning, we need to control the PLC's output channel, pulse number, pulse frequency, acceleration and deceleration time, and need to know when the servo driver is positioned, whether it touches the limit, etc. Wait. No matter which PLC, nothing more than the control of these physical quantities and the reading of the motion parameters, but different PLC implementation methods are different.

Share：
Previous What should you pay attention to during the operation of CNC drilling power head?
Next Common servo driver faults and solutions
Back to list 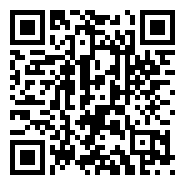