Servo is a very common technology in the field of industrial manufacturing, and we have already talked about it before. But what is the servo? In this issue, I will simply talk about it.

The word Servo comes from the Latin word “servus”, meaning that the servant acts according to the owner's instructions and works faithfully and quickly.

And Servo is a technical term, and the definition I agree with is roughly like this:

a device used to provide control of a desired operation through the use of feedback.

As can be seen from the above description, the servo is firstly a control device that requires command input and power output.

Because of the need to control the running action, its output should be mechanical power. Therefore, the servo is essentially a power transmission technology for motion control. According to the type of power used, we can basically divide the servo into: pneumatic servo, hydraulic servo, DC servo and variable frequency servo...etc.

The servo input is a series of dynamic control commands corresponding to the running action requirements, such as speed, position or torque...etc. The reason why these instructions are dynamic is that in practical applications, the target object often needs to change its position, speed, torque, etc. according to the process requirements during the running process. Therefore, servo products often need to have one or more real-time control signal input ports, such as: pulse input, analog input or digital communication input, etc., for receiving continuous motion control commands from the upper controller.

These instructions may be the values of the motion curves already planned in the controller at various points in time, or may be intermediate variables calculated in real time based on other motion axis states (eg spindles), but anyway, servo The task is to have the motion track of its final control object match the given run curve as much as possible.

We need to pay special attention to the words "use feedback" in the servo definition. Although there is not a very clear boundary between the servo and the ordinary transmission technology (for example, frequency conversion), whether there is a feedback mechanism for the application object for realizing control in the system is different from the general pneumatic and hydraulic pressure. And a key symbol of motor drive technology.

Servo feedback mainly refers to those sensing components used to detect the operating state of the power actuator, such as: rotary encoder, linear encoder, etc., and usually these feedback components will be Directly integrated into the control loop of the servo product, such as: the feedback encoder is integrated inside most servo motors, and the servo interface also uses the feedback interface card as a standard configuration of its products.

The servo system needs to use these feedback components to instantly obtain the motion state of the control object, such as position, speed, etc., and compare it with the target value given by the input end in real time, and then quickly adjust the dynamic response output according to the magnitude of the feedback error. So that the system's operational performance is closer to the application metrics that its process needs to achieve.

For servos, what we mean by "quick response" here is usually milliseconds or even microseconds, so that the system can respond to those small motion deviations in a very short time window and adjust in time. . Thus, the vast majority of the product will use the frequency response of the servo bandwidth value (BandWidth) in response to its nominal capacity. We see are used in printing chromatic servo technology, metal working, machine tools, wood processing, paper handling, and other high-performance ...... operation control applications to achieve precise position control of the servo responsiveness is a reflection.

However, this real-time response capability of the servo is not only suitable for high-precision position control, but also for many applications with high dynamic characteristics, such as robots, wind power pitching, labeling, labeling, and valve control. .. and so on, also will be used in servo technology. In these applications, the real challenge is often not necessarily the positioning accuracy (generally millimeters are enough), but how to overcome various aspects from the load, the environment and itself in the high-speed operation process. Disturbance and ensure that the attitude and tempo of the action meet the process requirements of the equipment operation.

In addition, in many non-position control fields, we can also see the application of many servo technologies, which is also because of its strong closed-loop response capability. For example, some devices use the high dynamic response and fast adjustment characteristics of the servo system in terms of speed and torque in the tension control of film materials (such as paper, plastic, battery, etc.); Now many air compressors and hydraulic pumping stations have begun to use servo technology to achieve flexible control of gas and oil pressure...

The application of servo technology in the industrial field is driven by the increasing demands placed on the quality of the products and the automation of the equipment in the pursuit of production efficiency by the manufacturing company; and it can be aerospace in the last two decades. A few specialized fields, such as CNC machine tools, semiconductors, robots, etc., have gradually spread to various general-purpose automation industries, which is largely due to the optimization of system comprehensive cost due to the maturity of technology and the improvement of product usability. In particular, the development of the variable frequency drive technology we mentioned earlier has played an extremely active role.

Share：
Previous What is the difference between drilling, bearizing, reaming and boring? One
Next What is a damper(hydro speed regulator), types of damper?
Back to list 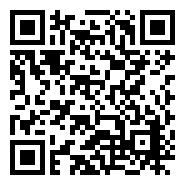