What is a damper(hydro speed regulator), types of damper?

What is a damper?
The damper is also called a damper device. It is a device that provides the resistance to exercise and reduces the energy of exercise. The vibration-increasing device is made to quickly attenuate the vibration generated by the impact.
As we all know, the various frictions and other obstructions that attenuate free vibrations are called damping. The "special" components placed on the structural system provide the resistance to motion and the means of consuming the kinetic energy, which we call dampers.
The use of damping to absorb energy is not a new technology. In the aerospace, aviation, military, gun, automotive and other industries, various dampers (or shock absorbers) have long been used to reduce energy dissipation.
A device that enables the movable portion of the meter to quickly stop at a stable deflection position. In seismic instruments, dampers are used to absorb the inherent vibrational energy of a vibrating system, and its damping force is generally proportional to the speed at which the vibrating system moves. There are three main types of liquid dampers, gas dampers and electromagnetic dampers. The damper plays an important role in compensating for the small friction and air resistance in the pendulum system and improving the frequency response.
The ideal damper has an oil damper. Commonly used oils are silicone oil, castor oil, mechanical oil, diesel oil, engine oil, transformer oil, and the form can be made into plate type, piston type, square cone, cone and the like. Others include solid viscous dampers, air dampers, and friction dampers. According to the practical needs of the vibration isolation design, the damping ratio D is preferably in the range of 0.05 to 0.2.
classification
The damper is just a component. It has different damping effects when used in different places or in different working environments.
The classification of dampers mainly includes three types: hydraulic dampers, gas dampers and electromagnetic dampers. The damper is a device that provides the resistance to motion and reduces the energy of the movement. The damper plays an important role in compensating for the small friction and air resistance in the pendulum swing system and improving the frequency response.
Among various applications are: spring dampers, hydraulic dampers, pulse dampers, rotary dampers, wind dampers, viscous dampers, damping hinges, damping slides, furniture hardware, cabinet hardware, etc.
Our damper
Our company is mainly engaged in hydraulic dampers.
The hydraulic damper is a hydraulic feed speed control device that can freely adjust the cylinder feed speed from a low speed to a high speed within a desired range. The control methods are spring return type (RB type) and air return type (R-A type), which can be selected according to the application.
Features: 1. The piston rod can be arbitrarily stopped on the stroke, which can realize efficient step-by-step function. 2. Some models have extended strokes and can be used for multiple purposes.
Our company uses international advanced technology, the main spare parts are imported from Japan, and the packaging is very delicate. The products are mainly used for drilling machine drilling, circular sawing and cutting, lathe cutting, pneumatic drill drilling, sliding speed and platform drilling. Product quality assurance, each process has been tested and processed for a long time. The company has always been adhering to the principle of quality first, integrity management, and look forward to working with you for a long time!

Share：
Previous What is servo?
Next Adjustable and fixed multi-spindle drilling and tapping head
Back to list 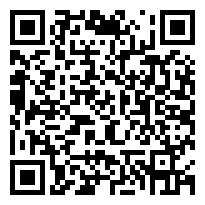