What is CNC technology and CNC machine tool 2

NC (CNC), SV and PLC (PC, PMC) are the most commonly used English abbreviations in numerical control equipment. In actual use, they have different meanings in different occasions.

NC (CNC) NC and CNC are common English abbreviations for Numerical Control and Computerized Numerical Control. Since modern numerical control uses computer control, it can be considered that the meanings of NC and CNC are completely equivalent. In engineering applications, depending on the application, NC (CNC) usually has three different meanings: in a broad sense, it represents a control technology - numerical control technology; in the narrow sense, an entity that represents a control system - CNC system; In addition, it can also represent a specific control device - numerical control device.

SVSV is a common English abbreviation for Servo Drive (servo). According to the terminology defined by the Japanese JIS standard, it is a "control mechanism that tracks the arbitrary change of the target value with the position, direction, and state of the object as the control amount." In short, it is a control device that can automatically follow physical quantities such as a target position.

The servo drive control object is usually the displacement and speed of the machine axis; the actuator is servo or; the part that controls and powers the input command signal is often called servo amplifier (also called driver, amplifier, servo unit, etc.). It is the core of the servo drive.

PLC has the characteristics of fast response, reliable performance, convenient use, easy programming and debugging, and can directly drive some machine tools. Therefore, it is widely used as an auxiliary control device for numerical control equipment. At present, most CNC systems have an internal PLC for processing auxiliary commands of CNC machine tools, which greatly simplifies the auxiliary control device of the machine tool. In addition, in many occasions, through the PLC's axis control module, positioning module and other special function modules, you can also directly use the PLC to achieve point control, linear control and simple contour control to form a CNC special machine or CNC production line.

The composition and processing principle of CNC machine tools

According to the pattern and process plan of the machined parts, the tool's movement trajectory, machining process, process parameters, cutting amount, etc. are written into the instruction form that the CNC system can recognize with the specified code and program format, that is, the machining program is written.

The programmed machining program is entered into the numerical control unit.

The numerical control device decodes and processes the input program (code), and sends corresponding control signals to the servo drive device and the auxiliary function control device of each coordinate axis to control the movement of each component of the machine tool.

During the movement, the CNC system needs to detect the position of the machine axis and the status of the stroke switch at any time, and compare it with the requirements of the program to determine the next step until the qualified part is machined.

Measuring feedback device It is the detection link of the closed-loop (semi-closed loop) CNC machine tool. Its function is to execute the components through modern measuring components: pulse encoder, resolver, inductive synchronizer, grating, magnetic scale and laser measuring instrument. For example, the speed and displacement of the actual displacement of the table or the table, etc. are detected, fed back to the servo drive or numerical control device, and compensated for the speed of the feed or the motion error of the actuator to achieve the accuracy of the motion mechanism. purpose. The installation of the detecting device and the position of the feedback of the detection signal are determined by the structural form of the numerical control system, and the servo built-in pulse encoder, the tachometer and the linear grating are all commonly used detecting components.

Auxiliary control mechanism, feed transmission mechanism It is a control component between the numerical control device and the machine tool and hydraulic components. Its main function is to accept the spindle speed, steering and start and stop commands output by the numerical control device; tool selection exchange; start and stop command of cooling and lubricating device; auxiliary command signal such as loosening of workpiece and machine parts, clamping table position, etc. And the signal on the machine tool to detect the state of the switch, after necessary compilation, logic judgment, power amplification, directly drive the corresponding actuator, drive the machine tool mechanical parts, hydraulic and pneumatic auxiliary devices to complete the actions specified by the command. It is usually composed of PLC and strong electric control loop, and the PLC can be structurally related to CNC.

Share：
Previous What is CNC technology and CNC machine tool?
Next What should you pay attention to during the operation of CNC drilling power head?
Back to list 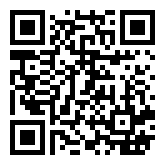