The Difference between Servo and Frequency Converter

Frequency conversion technology: The simple inverter can only adjust the speed of the AC motor. At this time, it can be open loop or closed loop depending on the control mode and the inverter. This is the V/F control method in the traditional sense. Nowadays, many frequency conversions have been established through the mathematical model to convert the stator magnetic field UVW3 phase of the AC motor into two current components that can control the motor speed and torque. Now most of the well-known inverters that can control the torque are In this way, the torque is controlled in such a way that the output of each phase of the UVW is subjected to a molar effect current detecting device, and the PID feedback of the current loop forming a closed-loop negative feedback is formed after sampling feedback; thus, the speed of the motor can be controlled as well as the torque of the motor, and the speed can be controlled. The control accuracy is better than the v/f control, and the encoder feedback can be added or not. The control accuracy and response characteristics are much better when added.

The frequency converter is actually an inverter. It first turns the alternating current into direct current. Then it uses the electronic components to switch the direct current. It becomes alternating current. Generally, the inverter with large power is controlled by a thyristor. Device. The frequency can be adjusted within a certain range. It is used to control the number of revolutions of the motor. The number of revolutions can be adjusted within a certain range. The frequency converter is widely used in the speed regulation of AC motors.

Servo system: 1. Under the premise of developing the frequency conversion technology, the servo drive has more precise control technology and algorithm operation than the general frequency conversion in the current loop, speed loop and position loop (the inverter does not have the loop) inside the drive. It is also much more powerful than the traditional servo. The main point is precise position control. The speed and position are controlled by the pulse sequence sent by the host controller (of course, some servos integrate the control unit or directly set the position and speed parameters in the drive through the bus communication), the internal algorithm of the drive and faster. More accurate calculations and better performance electronics make it superior to frequency converters. 2. The material, structure and processing technology of the servo motor are much higher than those of the AC motor driven by the inverter (general AC motor or constant torque, constant power and other variable frequency motors), that is, when the driver outputs current and voltage. When the frequency changes rapidly, the servo motor can respond to changes in the power supply according to the power supply change. The response characteristics and overload resistance are much higher than those of the AC motor driven by the inverter. The serious difference in the motor is also the difference between the two. fundamental. That is to say, the inverter does not output the power signal as fast as the change, but the motor itself cannot respond. Therefore, in the internal algorithm setting of the inverter, the corresponding overload setting is made to protect the motor. Of course, even if the output capacity of the inverter is not limited, some inverters with excellent performance can directly drive the servo motor! Servo motor servomotor

A micro-motor used as an actuator in an automatic control unit. Also known as the execution of the motor. Its function is to convert the electrical signal into angular displacement or angular velocity of the shaft.

Servo motor is divided into two types: DC. The AC servo motor works in the same way as an AC induction motor. The field winding Wf and the control winding WcoWf, which have two phase spaces displaced by 90°, are connected to a constant AC voltage on the stator, and the purpose of controlling the operation of the motor is achieved by the change of the AC voltage or phase applied to the Wc. The AC servo motor has the characteristics of stable operation, good controllability, fast response, high sensitivity, and strict non-linearity index of mechanical characteristics and adjustment characteristics (required less than 10% to 15% and less than 15% to 25%, respectively). The working principle of the DC servo motor is the same as that of a general DC motor. The motor speed n is n=E/K1j=(Ua-IaRa)/K1j where E is the armature counter electromotive force; K is a constant; j is the magnetic flux per pole; Ua, Ia is the armature voltage and armature current; Ra It is the armature resistance. Changing the Ua or changing φ can control the speed of the DC servo motor, but generally the method of controlling the armature voltage is used. In the permanent magnet type DC servo motor, the field winding is replaced by a permanent magnet, and the magnetic flux φ is constant.

Share：
Previous Why should mechanical parts be heat treated?
Next Characteristics of Servo Driver
Back to list 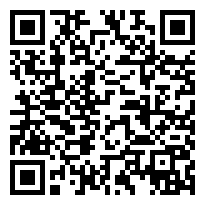