Why should mechanical parts be heat treated?

The purpose of the preliminary heat treatment is to improve the processability, eliminate the internal stress, and prepare a good metallographic structure for the final heat treatment. The heat treatment process includes annealing, normalizing, aging, quenching and tempering.

The aging treatment is mainly used to eliminate the internal stress generated in the blank manufacturing and machining.

In order to avoid excessive transportation workload, for general precision parts, arrange an aging treatment before finishing. However, parts with higher precision requirements (such as the box of the coordinate boring machine) should be arranged twice or several times. Simple parts are generally not subject to aging.

In addition to castings, for some precision parts with poor rigidity (such as precision lead screws), in order to eliminate the internal stress generated during machining and stabilize the machining accuracy of the parts, multiple aging treatments are often arranged between roughing and semi-finishing. Some shaft parts are processed and aging treatment is also required after the straightening process.

Since the comprehensive mechanical properties of the parts after quenching and tempering are good, parts with low hardness and wear resistance are also required as the final heat treatment process.

The purpose of the final heat treatment is to improve mechanical properties such as hardness, wear resistance and strength.

Quenching has surface quenching and overall quenching. Among them, surface quenching is widely used because of deformation, oxidation and decarburization, and surface quenching also has the advantages of high external strength, good wear resistance, and good internal toughness and impact resistance. In order to improve the mechanical properties of surface-hardened parts, heat treatment such as quenching or normalizing is often required as a preliminary heat treatment. The general process route is: blanking-forging--normalizing (annealing)--roughing--tempering--semi-finishing--surface hardening--finishing.

When the non-carburized part of the partially carburized part is increased in excess, the process of cutting off the excess carburized layer shall be arranged after carburizing and before quenching.

Nitriding is a treatment in which a nitrogen atom is infiltrated into a metal surface to obtain a nitrogen-containing compound. The nitriding layer can improve the hardness, wear resistance, fatigue strength and corrosion resistance of the surface of the part. Because the nitriding treatment temperature is low, the deformation is small, and the nitriding layer is thin (generally not more than 0.6~0.7mm), the nitriding process should be arranged as far as possible. In order to reduce the deformation during nitriding, it is generally required after cutting. Perform high temperature tempering to eliminate stress. 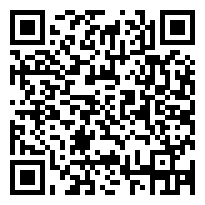